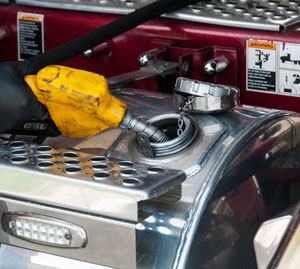 Lubricity of fuel is important to satisfactory operation of diesel engines. The fuel must lubricate many moving parts within the fuel injection system. Lubricity of diesel fuel has become even more critical with the move to ultra-low sulfur diesel (ULSD) fuel. The severe hydrotreatment to remove sulfur from ULSD removes naturally occurring lubricity properties from the fuel. This means that ULSD has poor lubricity.